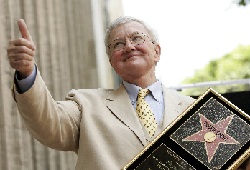 The College of Media at the University of Illinois
presents:

Festival passes are available at the Virginia Theatre Box Office starting Monday, April 11, 2016. Please remember that Ebert Festival Passes/Lanyards are treated the same as cash and cannot be replaced or exchanged. Identification is required when picking up an Ebertfest pass. Accepted forms of ID include:

FULL LINE-UP OF FILMS AND SPECIAL GUESTS ANNOUNCED FOR 2016 EBERTFEST!

Held every spring inside downtown Champaign’s historic Virginia Theatre, Ebertfest continues its proud tradition in 2016. Festival Passes are available now at thevirginia.org, the Virginia Theatre box office, and by phone at 217-356-9053.