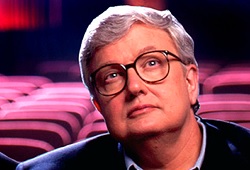 Dr. Richard Kimble, unjustly accused of murdering his wife, must find the real killer while being the target of a nationwide manhunt led by a seasoned US Marshall.

In his 4-star review, Roger Ebert called the film ‘one of the best entertainments of the year, a tense, taut and expert thriller that becomes something more than that, an allegory about an innocent man in a world prepared to crush him.’

He continued, ‘Strangely, although the film is relentlessly manipulative, it plays like real events. Nothing can really be believed in retrospect, but Davis and his actors ground all the action and dialogue in reality, so we don’t consider the artifice while it’s happening. Davis, the director, has come up through a series of superior action films. Here he transcends genre and shows an ability to marry action and artistry that deserves comparison with Hitchcock, yes, and also with David Lean and Carol Reed.’

‘Thrillers are a much-debased genre these days, depending on special effects and formula for much of their content. The Fugitive has the standards of an earlier, more classic time, when acting, character and dialogue were meant to stand on their own, and where characters continued to change and develop right up until the last frame. Here is one of the year’s best films.’

With time on Earth coming to an end, a team of explorers undertakes the most important mission in human history; traveling beyond this galaxy to discover whether mankind has a future away from Earth and among the stars.

Selena tells the true story of Selena Quintanilla-Perez, a Texas-born Tejano singer who rose from cult status to superstar performing at the Astrodome. Her popularity rose astronomically, having chart-topping albums on the Latin music charts, before her murder at the age of 23.

Roger Ebert wrote, ‘Selena brings freshness and heart to the life story of a little girl from Corpus Christi, Texas, who had big dreams and was lucky enough to realize almost all of them before her life was cut short. Selena Quintanilla was poised to become the first female singer to cross over from Spanish to English markets when she was shot dead on March 31, 1995. Selena succeeds, through Lopez’s performance, in evoking the magic of a sweet and talented young woman. And, like Nava’s ‘My Family,’ it’s insightful in portraying Mexican-American culture as a rich resource with its own flavor and character. It’s ironic that the most successful modern Latina singer could once have had a talk with her dad where he sighed, ‘You like Donna Summer, I like doo-wop.’ But he also said, ‘You gotta be who you are.’ She was.’

Inspired by the true story of Dido Elizabeth Belle (Gugu Mbatha-Raw), the mixed race daughter of a Royal Navy Admiral is raised by her aristocratic great-uncle in 18th century England. Belle’s lineage affords her certain privileges, yet her status prevents her from the traditions of noble social standing. Bent on changing society, Belle and a young vicar’s son help shape her great-uncle’s role as Lord Chief Justice to end slavery in England.

When a renowned architecture scholar falls suddenly ill during a speaking tour, his son Jin (John Cho) finds himself stranded in Columbus, Indiana – a small Midwestern city celebrated for its architecture and many modernist buildings. COLUMBUS is also a showcase for its director’s (Kogonada) striking eye for the way physical space can affect emotions, from reluctance to love.

Sheila O’Malley wrote on rogerebert.com: ‘Watching the film is almost like feeling the muscles in your eyes shift, as you look up from reading a book to stare out at the ocean. From the very first shot, it’s clear that the buildings will be essential. They are a part of the lives unfolding in their shadows. Sometimes it almost seems like they are listening.’

‘There is a story in Columbus. What is remarkable is how intense it is, given the stillness and quiet of Kogonada’s style, and the focus with which he films the buildings.’

‘Columbus is a movie about the experience of looking, the interior space that opens up when you devote yourself to looking at something, receptive to the messages it might have for you. Movies (the best ones anyway) are the same way. Looking at something in a concentrated way requires a mind-shift. Sometimes it takes time for the work to even reach you, since there’s so much mental ballast in the way. The best directors point to things, saying, in essence: ‘Look.’ I haven’t been able to get Columbus out of my mind.’

In this silent film made in 1926 (and re-released in 1973), a man takes a job at an asylum in the hopes of freeing his imprisoned wife. Unlike most silent films of the era, this film uses no title-boards, so the story goes uninterrupted. Except for the absence of dialogue, reviewers agree that this classic movie has a very modern edge. The Alloy Orchestra will be accompanying the film.

American Splendor follows Harvey Pekar, a file clerk at the local VA hospital who becomes inspired to write his own brand of comic book. Harvey makes his ‘American Splendor’ a truthful, unsentimental record of his working-class life, a warts-and-all self-portrait. First published in 1976, the comic earns Harvey cult fame throughout the 1980s.

Roger Ebert wrote: ‘The movie deals not merely with real and fictional characters, but even with levels of presentation. There are documentary scenes, fictional scenes, and then scenes illustrated and developed as comic books, with the drawings sometimes segueing into reality or back again. The filmmakers have taken the challenge of filming a comic book based on a life, and turned it into an advantage — the movie is mesmerizing in the way it lures us into the daily hopes and fears of this Cleveland family.’

‘Movies like this seem to come out of nowhere, like free-standing miracles. But American Splendor does have a source, and its source is Harvey Pekar himself — his life, and what he has made of it. The guy is the real thing.’

Ava DuVernay’s extraordinary and galvanizing documentary 13th refers to the 13th Amendment to the Constitution, which reads ‘Neither slavery nor involuntary servitude, except as a punishment for crime whereof the party shall have been duly convicted, shall exist within the United States.’ The development from that second qualifying clause to the horrors of mass criminalization and the sprawling American prison industry is portrayed by the director with bracing soberness. With a potent mixture of archival footage and testimony from an array of activists, politicians, historians, and formerly incarcerated women and men, DuVernay creates a work of grand historical synthesis.

Odie Henderson wrote in his four star review on rogerebert.com: ‘Despite the heavy subject matter, DuVernay ends the film with joyful scenes of children and adults of color enjoying themselves in a variety of activities. It reminds us, as she said in her Q&A with NYFF director Kent Jones, that ‘Black trauma is not our entire lives. There is also Black joy.’ That inspiring message, and all the important, educational information provided by this excellent documentary, make 13th a must-see.’

Julie Dash’s ‘Daughters of the Dust’ tells the story of a family of African-Americans who have lived for many years on a Southern offshore island, and of how they come together one day in 1902 to celebrate their ancestors before some of them leave for the North.

Roger Ebert wrote: ‘People tell each other about it. ‘I’ve seen it three times,’ a woman told me the other night at the Film Center. ‘I get something new out of it every time.’

In the film, somehow Dash makes this many stories about many families, and through it we understand how African-American families persisted against slavery, and tried to be true to their memories.’

Rambling Rose tells the story of a sweet and strange Southern family living in a spacious mansion in 1935 and the troubled teenage girl, Rose (Laura Dern), who comes to live with them. She brings a sharp awareness of carnality under their roof, with only the most cheerful of results.

Roger Ebert wrote: ‘Here is a movie as light as air, as delicate as a flower. The movie is all character and situation, and contains some of the best performances of the year, especially in the ensemble acting of the four main characters.’

While sometimes difficult to define, The Big Lebowski’s plot can be summarized as a story about Jeff ‘The Dude’ Lebowski, an out-of-work, laidback…dude, who is mistaken for a millionaire also named Lebowski. What follows are the shenanigans that ensue when The Dude seeks restitution for his ruined rug and enlists his bowling buddies to help get it back.

Roger Ebert’s writes of the cult classic: ‘The Big Lebowski is about an attitude, not a story. It is widely known that the Dude was inspired by a real man named Jeff Dowd, a freelance publicist.’

Ebert describes The Dude’s attitude about his state of life at the end of the film: ‘Does this depress him? Is he concerned about being chronically unemployed? No. If a man has a roof over his head, fresh half-and-half for his White Russians, a little weed and his bowling buddies, what more, really, does he need?’

RUMBLE: The Indians Who Rock the World is a feature documentary about the role of Native Americans in popular music history.

Writes Glenn Kenny in his review on rogerebert.com: ‘This movie is about Native Americans (here called ‘Indians’ for reasons that become clearer as the movie goes on) and their influence not just on rock but on American music. As is pointed out more than once, the music of the Shawnee, the Choctaw, the Mohawk, the Apache, and so many other tribes, is in a very real sense the first American music. Race-mixing between blacks and Indians resulted in a cultural consciousness that enabled a melding of African music and Indian.’