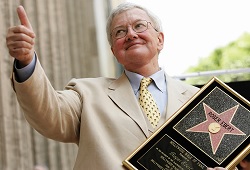 Festival Passes allow access to all 12 (or more) screenings during the four-day event held every April inside the Virginia Theatre as well as related talks and panel discussions held at the Hyatt Place in Champaign and at the University of Illinois at Urbana-Champaign. [Read the press release here]

Roger Ebert’s Film Festival celebrates films, genres, and formats that have been overlooked by distributors, audiences, and/or critics. These include independent, international, and studio films that did not win wide audiences; overlooked formats such as 70mm; and overlooked genres such as documentaries and musicals. The festival screens one film at a time, so everyone sees the same films at the same time, promoting a strong sense of community among audience members, filmmakers, guests, students, and scholars. It was founded by Roger Ebert, an Urbana native, U of I journalism graduate, and Pulitzer Prize-winning film critic for the Chicago Sun-Times.

Support Ebertfest
As well as pass and ticket sales, Roger Ebert’s Film Festival relies on generous gifts from donors and sponsors. Gifts of all sizes are vital to the festival and can be made as an option among the funding choices at The College of Media’s website: