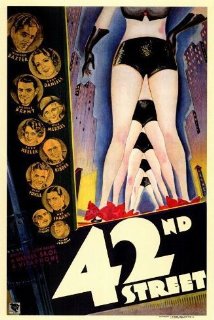 (89 min) The Tony Award-winning play was made into this archetypal backstage musical, with choreography by the legendary Busby Berkeley. Listed on countless ‘Best Film’ and ‘Best Musical’ lists, 42nd Street is as lively a film as old Hollywood ever released, with five major set pieces (three of which take up the film’s final half hour).

Take a trip back in time with a short sing-a-long with David at the Wurlitzer and our historic glass slides as your guide before both screenings! Chuck Koplinski will not be leading a discussion after this film, but you can catch him at our next in the News-Gazette Film Series!