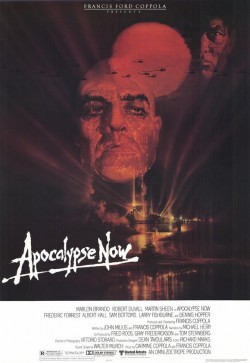 (153 min)  During the Vietnam War, Captain Willard is sent on a dangerous mission into Cambodia to assassinate a renegade colonel who has set himself up as a god among a local tribe.