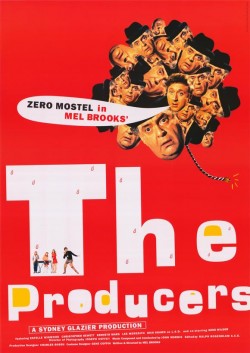 (88 min) The film was Brooks’ directorial debut, and he won an Academy Award for Best Original Screenplay. Decades later, the film was selected for preservation in the National Film Registry and placed eleventh on the AFI’s 100 Years…100 Laughs list. It was later remade successfully by Brooks as an acclaimed Broadway stage musical