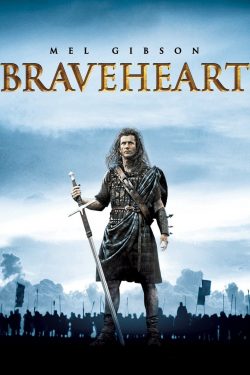 (3 hours) Braveheart follows Scottish patriot William Wallace on his mission to avenge the death of his wife who was murdered by English soldiers amidst a revolt. Wallace leads his fellow Scots on a quest for “FREEDOM!” in this Academy Award-winning film.

Braveheart won five out of the ten Academy Awards for that it was nominated. “Filmed with furious energy and surprising gravity, Braveheart takes the measure of a hero with a taste for blood to match his taste for honor.” -Rolling Stones Magazine