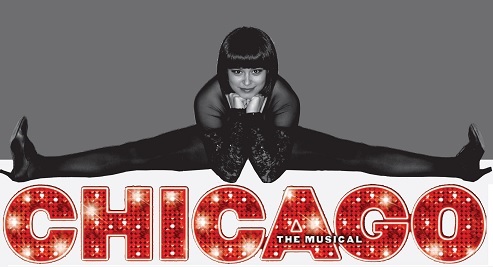 Champaign Central High School’s production of the Broadway hit Chicago, The Musical was chosen as one of the five main stage shows for the International Thespian Festival, which takes place June 20-25th at the University of Nebraska in Lincoln. This national recognition is amazing, especially since the last school chosen from Illinois was Central HS, in 2006!

Central High School will take their set, their costumes, their pit orchestra, and their talent to Nebraska to perform in the Lied Center for the Performing Arts, a 2500-seat state-of-the-art theatre. In preparation for this event, the Virginia Theatre is hosting two benefit performances for Central Drama, allowing the kids the opportunity to practice building, rehearsing, performing, and dismantling their show in one day, Saturday, June 18, at 3 pm and 7:30 pm. Program contains adult themes.

The award-winning Chicago, The Musical portrays 1920s Chicago in gritty fashion, where infamy and scandal were the fodder of newspapers and the public.  Roxie Hart has always wanted to be in vaudeville but is put in jail after the murder of her ‘boyfriend’ Fred.  Her husband, Amos, unwittingly tries to help her cover it up, but soon realizes she has been ‘jazzing’ him.  Roxie gets the help of Matron Mama Morton, Billy Flynn, and Velma Kelly to help her with her defense.  Although she feels Fred ‘Had it Coming’, she soon learns how to manipulate the press to get the publicity she desires.