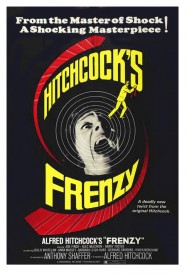 (116 min) Considered by critics to be Hitchcock’s last great film. A serial murderer in contemporary London is strangling women with a necktie, and the police have a suspect, but he’s the wrong man… With Alec McCowen and Barry Foster.