GEORGE WALLACE, in concert: “I BE THINKING” 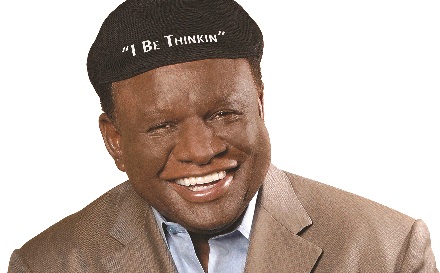 The man. The comedian. The legend!

With TV credits that include “The Late Show with David Letterman,” “The Tonight Show with Jay Leno,” “The View,” “Chelsea Lately,” “Seinfeld,” and many more, comedian GEORGE WALLACE is a veteran entertainer who regularly performs in comedy clubs across the country and, for ten years, was the headliner at the Flamingo Hotel in Las Vegas.

Mr. Wallace has appeared in numerous films in his career, including “Funny People,” “Batman Forever,” and “Think Like a Man Too.” He was awarded a Lifetime Achievement Award in 2013 at the Soul Train/Centric Comedy All-Star Awards and won an American Comedy Award for “Best Stand-Up Comedian” after receiving nominations four years in a row.

A regular guest on radio, Mr. Wallace has made appearances on “The Steve Harvey Morning Show”, and has also performed at United States military bases all over the world. He recently published his first book, Laff It Off, on Chaite Press.