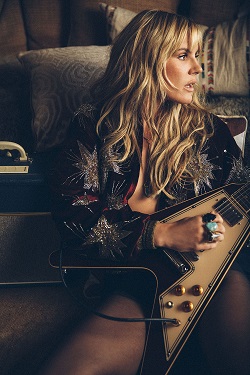 Described by Spin as ‘one of the greatest living voices in rock,’ Grace Potter continues to impress critics and audiences alike with her captivating shows.

Heralded as one of today’s best live performers, Potter has played every major music festival from Lollapalooza to Bonnaroo and has had the honor of sharing the stage with Dave Matthews Band, The Rolling Stones, Willie Nelson, Robert Plant, and Neil Young, to name a few.

For an artist who has built a devoted fan base through electrifying live shows, Grace Potter refuses to be defined by a single genre. Over the last three years, she’s transitioned from songwriting to producing soundtracks for film and TV and recording multi-platinum, Grammy-nominated country duets with friend Kenny Chesney.

In 2015, Grace performed (at the invitation of Michelle Obama) for the troops in Qatar.

Last fall, Ms. Potter was honored with the Governor’s Award for Excellence in the Arts in her home state of Vermont.

Her epic musical journey has included four studio records, countless collaborations, plus a new milestone with the August 2015 arrival of her solo CD debut, ‘Midnight’. 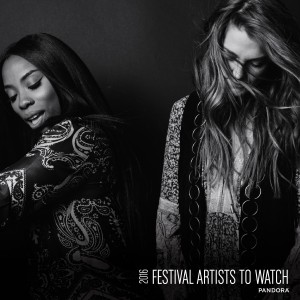 The music of Muddy Magnolias, live and on record, comes from a place where the Mississippi meets the A-Train by way of Nashville.

Whether yours is the back porch or the front stoop, Spanish moss or window box garden, dusty country lane or crowded subway car, rural honky-tonk or uptown club, this is music that beckons. Muddy Magnolias are collaboration without boundaries, musical healing in a landscape of the heart, and all of us who treasure creative energy, honest art and the possibilities of love and unity, are better for their arrival.

The Virginia Theatre’s 2016-2017 Season Sponsors are The News-Gazette and WILL – Illinois Public Media.