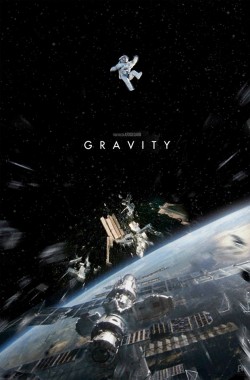 (91 min) Sandra Bullock and George Clooney as astronauts who are stranded in space after the mid-orbit destruction of their space shuttle, and their subsequent attempt to return to Earth.