Hali Hicks is already a well-known veteran resident and recording artist in Nashville, TN, and has been singing since she was a toddler – and started playing guitar when she was just 13.

Hali’s family took a brave step when she turned 15: her mother and sister moved with her to Nashville to help her pursue a career in music. After a little while focusing on supporting Hali’s career, her family needed to return to Georgia, so, at 17, her daddy gave Hali $100 and a tank of gas. She got a job as a hostess and saved every penny so she could live. And after three weeks, she started working as a full-time singer…and has been one ever since.

With many influences throughout her young but seasoned life, Ms. Hicks  appreciates artists from Lynyrd Skynyrd to LeAnn Rimes and Dolly Parton. She has recently released a new 6-song EP entitled Stealin’, which she wrote with Phillip White and Danny Wells. It is now available for digital download.

With every song, Hali Hicks delivers the experience a country music lover has come to crave. 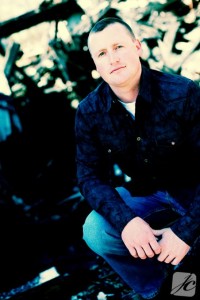 Brandon Harris
I grew up in a small town called Cowpens, South Carolina. It’s true that there is no place like home, and that’s for sure!! I started singing at an early age in church with my family, and grew to love it more and more. It wasn’t until my teenage years though that I knew it was all about Country music for me. I started practicing more on the guitar and starting jamming with friends around town. Even though the bbq’s and small parties that I played at with my close friends are still some of the most fun on record, I couldn’t deny myself that I wanted to play full time. I had been in a few local bands around the area, including the latest, “Mason Drive”, that I started with my good friend James Radford. We stayed pretty busy over the next few years, but there was always that “itch” I couldn’t scratch. So I decided that 2012 would be my “ALL IN” year, and here I am. I’m finally in Nashville TN, and chasing my dream!!! Who knows if this will take me anywhere, but I’m sure there will be some good stories come out of it either way!!! So lets see what happens, and at least make some NOISE!!!

VG Elite Softball
The Villa Grove Elite is a non for profit competitive travel softball program first launched in 2011.  Originally starting out with just one 10u team, the program has grown to include 10u, 12u, 14u, and 16u softball teams and 12u and 16u baseball teams.

The program focuses on raising funds to make the opportunity to play ball at its highest level as affordable and rewarding as possible. VG Elite fundraising efforts help parent and player afford the opportunity to play, teaching young people the importance of team work and how it reaches far beyond the field.