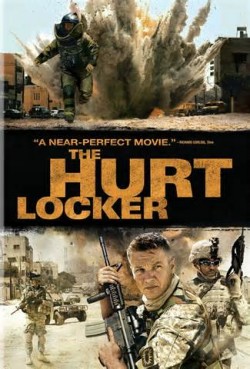 (131 min) Directed by Kathryn Bigelow, it received critical acclaim and won six Academy Awards, including Best Picture. Bigelow won the award for Best Director; as of 2016, The Hurt Locker is the sole film by a female director to win in either category. It is also the lowest-grossing Best Picture winner in history.
The Hurt Locker shows soldiers’ varying psychological reactions to the stress of combat, which though intolerable to some, is addictive to others. The story unfolds after a staff sergeant is killed by an insurgent trap and an apparently calm veteran is brought in to head the squad. His comrades suspect that their new team leader is being driven to take terrifying risks