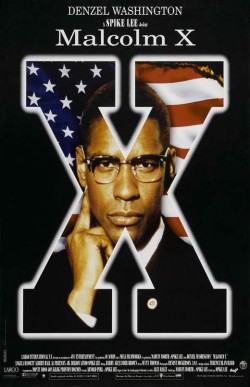 (202 min)  Biographical epic of the controversial and influential Black Nationalist leader, from his early life and career as a small-time gangster, to his ministry as a member of the Nation of Islam.  Starring: Denzel Washington (as Malcolm X) and Angela Bassett.