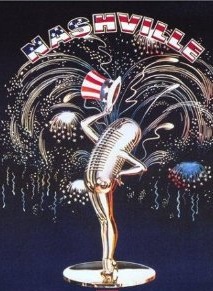 (159 minutes) The 2014-2015 Virginia Season closes out with the extraordinary 1975 epic musical drama directed by Robert Altman. A winner of numerous awards and selected for preservation in the United States National Film Registry, Nashville is generally considered to be one of Altman’s best films. The movie takes a snapshot of people involved in the country music and gospel music businesses in Nashville, Tennessee.