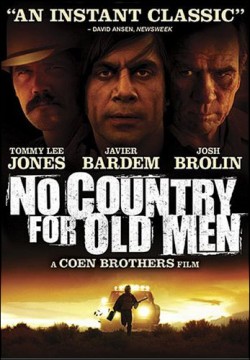 (122 min) Starring Tommy Lee Jones, Javier Bardem, and Josh Brolin, Fargo tells the story of a Texas welder and Vietnam veteran to whom chance and greed deliver a fate that is neither wanted nor denied; a cat-and-mouse drama set in the desert landscape of 1980 West Texas.  Themes of fate, conscience, and circumstance are explored; ones that the Coen brothers have previously explored in the films Blood Simple (1984) and Fargo (1996).