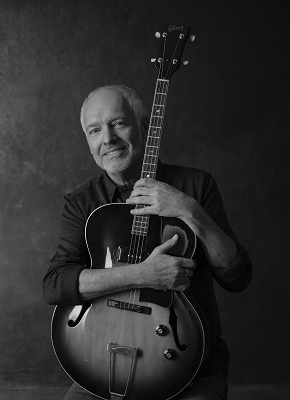 Grammy Award-winning singer-guitarist PETER FRAMPTON will appear for a special rescheduled concert at the historic Virginia Theatre in downtown Champaign on Friday, April 14, at 8pm. Patrons with tickets from the artist’s postponed March 30th show at the Virginia will receive new tickets for the April 14th concert, with the same seat assignments. These replacement tickets will be mailed out to each patron no later than Tuesday, April 4. Additional reserved seating tickets remain and will go on sale to the general public Monday, April 3, 2017, at 10:00 A.M., at the Virginia box office, thevirginia.org, or charge by phone at 217-356-9063. Presented by Exceptional Artists, in partnership with the Champaign Park District.

A personal message from Peter Frampton:
“I have to thank everyone involved in making it possible to reschedule this show so quickly. It will now be Friday April 14th at 8:00pm at the Virginia Theatre. I couldn’t wait to play the show the first time. But, this time l am coming back to see friends who, with me, experienced a bizarre electronic meltdown! I will never forget your understanding and encouragement that night. Thank you! So, let’s do this again and bring friends. We have a few seats left to fill. Can’t wait. See you very soon.”

Peter Frampton remains one of the most celebrated artists and guitarists in rock history. At 16, he was lead singer and guitarist for British band The Herd. At 18, he co-founded one of the first super groups, seminal rock act Humble Pie. His session work includes collaborations with such legendary artists as George Harrison, Harry Nilsson, David Bowie, Jerry Lee Lewis, Ringo Starr, John Entwistle, and many others. His fifth solo album, the electrifying Frampton Comes Alive!, is celebrating its 40th anniversary this year and remains one of the top-selling live records of all time.

2016 saw the release of Mr. Frampton’s latest album, Acoustic Classics, which received widespread critical acclaim from The New Yorker, Wall Street Journal, Huffington Post, Billboard, and many more. On Acoustic Classics, Peter Frampton brings us stripped-down versions of all his hits, including “Baby, I Love Your Way,” “Lines On My Face,” “Do You Feel Like I Do,” “Show Me The Way” and more. His widely-acclaimed “Peter Frampton Raw: An Acoustic Tour” added dates this spring, including the one at Champaign’s Virginia Theatre March 30th that was cut short due to a technical malfunction.