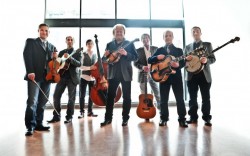 A life full of music—that’s the story of Ricky Skaggs. By age twenty-one, he was already considered a recognized master of one of America’s most demanding art forms, but his career took him in other directions, catapulting him to popularity and success in the mainstream of country music. His path’s taken him to various musical genres, from where it all began in bluegrass music to striking out on new musical journeys, while still leaving his musical roots intact. Along the way, Skaggs has played with everyone from Bill Monroe (when Ricky was a musical prodigy of six) and Flatt and Scruggs, to Ralph Stanley, Emmylou Harris, Bruce Hornsby, Vince Gill, and countless others.

Ricky struck his first chords on a mandolin over 50 years ago, and this 14-time Grammy Award winner continues to do his part to lead the recent roots revival in music. With 12 consecutive #1, Grammy-nominated classic hits behind him, all from his own Skaggs Family Records label, the diverse and masterful tones made by the gifted Ricky Skaggs come from a life dedicated to playing music that is both fed by the soul and felt by the heart.

VIP tickets include a premium seat, early access, meet and greet with Ricky Skaggs, and a complimentary glass of wine or beer.

WINE AND BEER SERVICE
The Champaign Park District is proud to welcome Farren’s Pub & Eatery to select events at the Virginia Theatre. You’ll find Farren’s set up in the theatre’s lobby, serving fine wines and beers. From Cabernet to  Chardonnay, Sam Adams to Sierra Nevada, the skilled servers from Farren’s always bring the perfect selection to complement your Virginia experience! Offered at most live shows. Both cash and credit cards accepted.

Grateful to have support from CU Folk and Roots Festival! 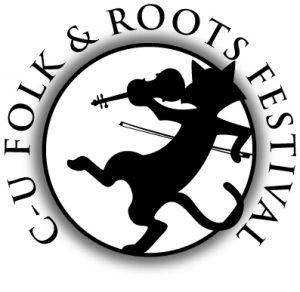