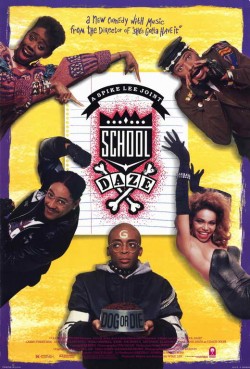 (121 min) Much of School Daze is based on director Spike Lee’s experiences while a student at Morehouse College in Atlanta. Laurence Fishburne plays what amounts to Lee’s alter ego: a serious, self-involved student who tilts at such windmills as an insensitive administration and a deeply entrenched, social-climbing fraternity/sorority system.