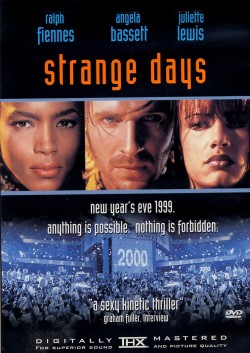 (145 min) This epic thriller is set in a hellish Los Angeles during the last days of the 20th century. The tale centers on Lenny Nero, a sleazy grifter who sells voyeuristic scenes. After his lover Faith leaves him, he tries to win her back after learning that she is in danger.