The Marx Brothers in MONKEY BUSINESS (1931) 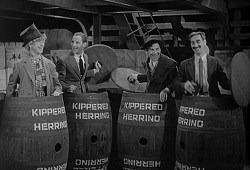