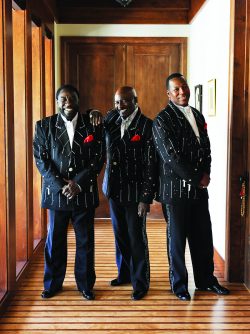 Original founding members Walter Williams and Eddie Levert first formed The O’Jays in 1963, in Canton, Ohio, and over 50 years later, they’re still touring with the same electrifying energy, thrilling fans the world over. After being signed to a major label in 1972, The O’Jays scored their first number 1 hit, the million-selling “Backstabbers,” to be followed by a long run of legendary, chart-topping pop/R&B singles like “Love Train”, “Put Your Hands Together”, “For The Love of Money”, “I Love Music”, “Livin’ For The Weekend” and “Use Ta Be My Girl.”