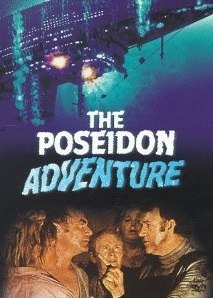 This film is showing in place of The Towering Inferno – we apologize for any inconvenience.

(117 min) The Poseidon, an ocean liner larger than the Queens Elizabeth and Mary combined, is charting its course on New Year’s Eve. Just after midnight, Captain Harrison (Leslie Nielsen) spots the mother of all tidal waves. It is the last thing that Harrison and practically everyone else onboard sees.  A handful of survivors, the ten lucky ones — including Mike Rogo (Ernest Borgnine), Linda Rogo (Stella Stevens), Acres (Roddy McDowall), Belle Rosen (Shelley Winters), and Manny Rosen (Jack Albertson) — led by no-nonsense minister Frank Scott (Gene Hackman), desperately attempt to climb from the top of the ship (now submerged) to the bottom (now “the top”).

The film’s theme song, “The Morning After,” sung by Maureen McGovern, earned an Oscar. In addition, The Poseidon Adventure received the Special Achievement Award for Special Effects.

BEST OF THE SUMMER BLOCKBUSTERS: Disaster Edition
Join us for a wall-crumbling, pulse-quickening return to the “golden age” of (pre-CGI) disaster pix!