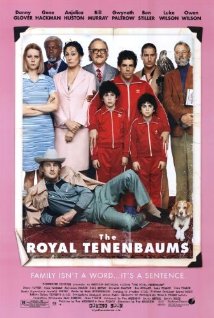 (110 min) In Anderson’s popular follow-up to Rushmore, The Royal Tenenbaums traces the lives of three gifted siblings who all experienced great success in their youth, and even greater disappointments in their adolescence. With Gene Hackman, Anjelica Huston, Bill Murray, Gwyneth Paltrow, Ben Stiller, Luke Wilson, Owen Wilson and Danny Glover. Hackman won a Golden Globe for his performance, and the screenplay was nominated for an Academy Award.