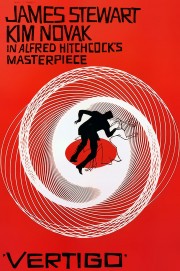 (128 min) One of Alfred Hitchcock’s most powerful, deep, and stunningly beautiful films – it is a film noir that functions on multiple levels. At the time of the film’s release, it was not a box-office hit, but has since been regarded as one of the greatest films ever made. The work is a mesmerizing romantic suspense/thriller about a macabre, doomed romance – a desperate love for an illusion.

2016-2017  NEWS-GAZETTE FILM SERIES: 5 Nights of Hitch! Our most popular short film series returns Halloween week with five more unforgettable movies from the master of suspense. Now showing at both 7pm.