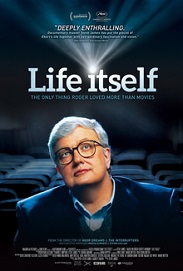 Acclaimed director Steve James (Hoop Dreams) and executive producers Martin Scorsese (The Departed) and Steven Zaillian (Moneyball) present LIFE ITSELF, a documentary film that recounts the inspiring and entertaining life of world-renowned film critic and social commentator Roger Ebert – a story that is by turns personal, funny, painful, and transcendent. Based on his bestselling memoir of the same name, LIFE ITSELF explores the legacy of Roger Ebert’s life, from his Pulitzer Prize-winning film criticism at the Chicago Sun-Times to becoming one of the most influential cultural voices in America. 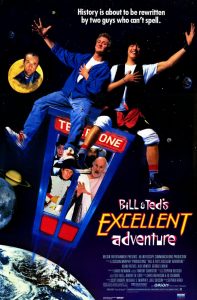 ONCE WERE BROTHERS: ROBBIE ROBERTSON AND THE BAND (2020) 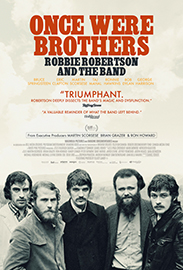 Featuring: Robbie Robertson, Martin Scorsese, Bruce Springsteen, Eric Clapton, Taj Mahal, Ronnie Hawkins, Van Morrison, and Dominique Robertson. Once Were Brothers: Robbie Robertson and The Band is a confessional, cautionary, and occasionally humorous tale of Robertson’s young life and the creation of one of the most enduring groups in the history of popular music, The Band. The film is a moving story of Robertson’s personal journey, overcoming adversity and finding camaraderie alongside the four other men who would become his brothers in music, together making their mark on music history. Once Were Brothers blends rare archival footage, photography, iconic songs and interviews with Robertson’s friends and collaborators includ­ing Martin Scorsese, Bruce Springsteen, Eric Clapton, Van Morrison, and more.