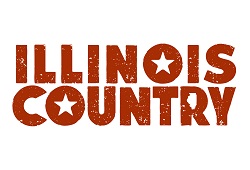 Enjoy a night out with live music, food, friends, and local filmmaking. On Friday, September 13 at the Virginia Theatre in downtown Champaign, join us for this FREE celebration of Illinois Country—WILL TV’s new documentary following our region’s role in the history and impact of country music.

Starting at 6 pm, we’ll be closing down the street in front of the theater to enjoy live music and food trucks before going inside at 7pm to enjoy more live music and the, the director’s cut of Illinois Country. The live music will come from two local favorites—Kathy Harden and Marvin Lee.

There will also be a panel discussion with the filmmaker and individuals featured in the documentary following the screening.

Illinois Country was inspired by Ken Burns’ Country Music, which will premiere on WILL TV Sunday evening, September 15. So gather your family and friends and come out to celebrate our great state and terrific music. This event is FREE and open to the public. Food and drinks will be available for purchase (Burrito King and Sidney Dairy Barn food trucks will be in front of the theatre).

Shot over the course of a year, Illinois Country is a one-hour documentary from Illinois Public Media that tells the story of Illinois’ singular role in the history of country music in the United States.

The film is a travelogue; it traces the progression of the genre from early gathering halls and small-town hoedowns throughout the state, to The National Barn Dance in Chicago and Farm Aid in Champaign, and on to today’s Illinois-bred Grammy winners.

Viewers will meet local “old-time” country music performers at the county fair, country music scholars, and Illinoisans who’ve made the big time, including multiple Grammy-winner Alison Krauss, and many others.