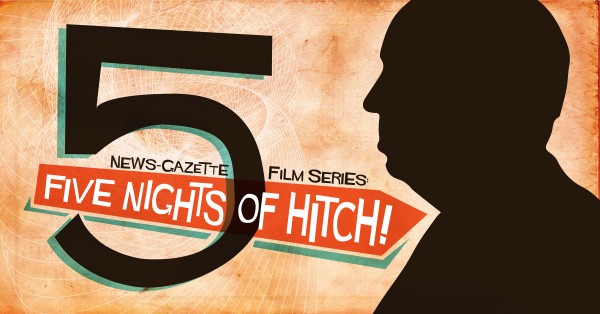 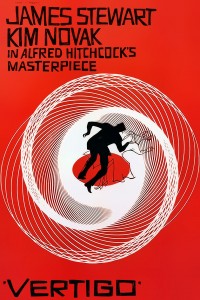 October 23 – Vertigo (1958) PG (128 min)
(128 min) One of Alfred Hitchcock’s most powerful, deep, and stunningly beautiful films – it is a film noir that functions on multiple levels. At the time of the film’s release, it was not a box-office hit, but has since been regarded as one of the greatest films ever made. The work is a mesmerizing romantic suspense/thriller about a macabre, doomed romance – a desperate love for an illusion. 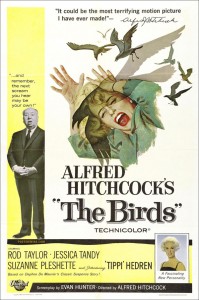 October 24 – The Birds (1963) PG-13 (119 min)
(119 min) A wealthy San Francisco socialite pursues a potential boyfriend to a small Northern California town that slowly takes a turn for the bizarre when birds of all kinds suddenly begin to attack people. 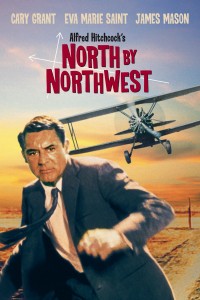 October 25 – North by Northwest (1959) Not Rated (136 min)
(136 min) A hapless New York advertising executive is mistaken for a government agent by a group of foreign spies, and is pursued across the country while he looks for a way to survive. 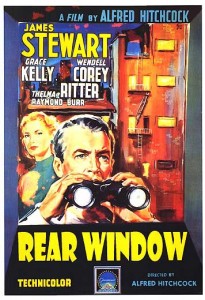 October 26 – Rear Window (1954) PG (136 min)
(136 min) A wheelchair-bound photographer spies on his neighbors from his apartment window and becomes convinced one of them has committed murder.