Our most popular short film series returns just in time for Halloween week with five more unforgettable movies from the master of suspense. Each screening begins promptly at 7pm. Individual tickets are only $6 per film. Buy the series pass for $24 and get one movie free! 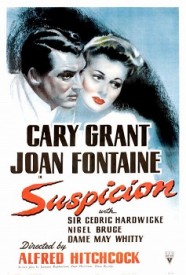 October 22 – Suspicion (1941)
Not Rated (99 min) The Virginia Theatre kicks off our annual Halloween treat, “5 Nights of Hitch”, with a classic mystery with a lighthearted touch…but still with plenty of suspense. Joan Fontaine and Cary Grant star as newlyweds whose honeymoon turns into a living nightmare. 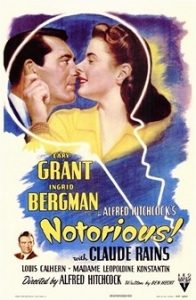 October 23 – Notorious (1946)
Not Rated (102 min) Roger Ebert and many other film critics gave this film their top rating, citing masterful camerawork and outstanding performances by greats Cary Grant and Ingrid Bergman, whose characters’ lives become entangled during a WWII espionage operation. Regarded as some of the Master of Suspense’s very best work, see for yourself just why this film is so notorious! 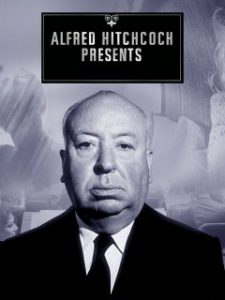 October 24 – “Alfred Hitchcock Presents”
Rated TV-14 (100 min) “Good evening…” Enjoy this year’s new addition to the “5 Nights” series—a return to the popular television show produced and hosted by Hitchcock himself, complete with that beloved theme song and logo. The Virginia will screen four of the series’ very best episodes (which ones is a surprise), back to back. We can’t wait! 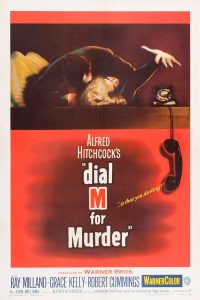 October 26 – Psycho (1960) R
(109 min) A Phoenix secretary, Marion Crane, is in for more than she bargained for when her plan to embezzle and flee without a trace fizzles once she checks into a remote motel, not fifteen miles from her destination. The motel is run by a friendly but lonely young man named Norman Bates, who lives with his unsound mother in the large, old house on the hill overlooking the motel. Marion finds out that it was mistake to choose this motel. The guiding force behind everyone’s distrust of showers, Psycho was and remains a true classic thriller.

2018-2019 NEWS-GAZETTE FILM SERIES
Join us one Saturday each month as we screen the most beloved classic films of all time. Virginia Theatre organist David Schroeder performs on the Virginia’s historic Wurlitzer Pipe Organ at most News- Gazette screenings.  Before each 7pm News-Gazette film, take a trip back in time with a short sing-a-long with David at the Wurlitzer and our historic glass slides as your guide! The Virginia Theatre houses one of the largest collections in the country of these unique glass slides, each set printed with the lyrics to a classic tune from days gone by. Warm up your pipes and bring the whole family!

Next post: FAMED R&B SINGERS THE O’JAYS TO PERFORM AT VIRGINIA THEATRE